A Bit Of History Of Hitachi PBX...

In the mid 1970's, Hitachi Telecom began producing quality PBX systems for use in the Hospitality (USA) market. These systems were designed exclusively for the Hospitality market and provided a great cost reduction solution compared to Western Electric systems provided by the Bell companies.

Unlike the Avaya and Nortel PBX systems, which are on the verge of extinction, the Hitachi HCX PBX systems are still very much alive in many hotels. With technology moving to Internet protocol (IP) and a high potential for wireless in our future, Hoteliers have been hesitant to invest in a new Hotel PBX system; that let's face it, is rarely used by the guests, and may become outdated as soon as the installation is finished.

At Devera Technologies, we offer a one-stop-shop for all your Hitachi needs; from hardware replacement, backup software, and documentation, to services and support for the Hitachi HCX 5100, 5300, 5400 and 5500 models. Even if your current software is running without backups (or not running at all), Devera can fix, grab your current database, and back it up in the form of an "image" on our cloud drive. When (not if) your current hard drive fails, Devera can re-create your data and send you a replacement drive within 48 hours.

We also stock a full inventory of Power Supplies, which you may already know, have a tendency to fail at the worst possible moments. Be assured though, the CPSP, RGMW, CPPW, SPPW, MWPW, or RGPWA can be sent to your property within 24 hours - restoring service quickly and efficiently, should the need arise.

To learn about Power Supplies and Hard Drives (the only major parts that usually fail), click here.

In addition, we offer a service plan that covers everything within the four corners of your Hitachi HCX 5000. The cost is only a dollar per room per month. For larger properties, this minimal cost can even be negotiated!

OR, to learn more about your Hitachi HCX, click here and we'll send you a free PDF file with complete details regarding your system.

Learn More About Your Hitachi

To get started, let us guide you in identifying what you have. Below, we have provided pictures of each system in existence: 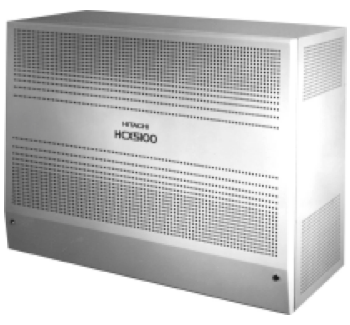 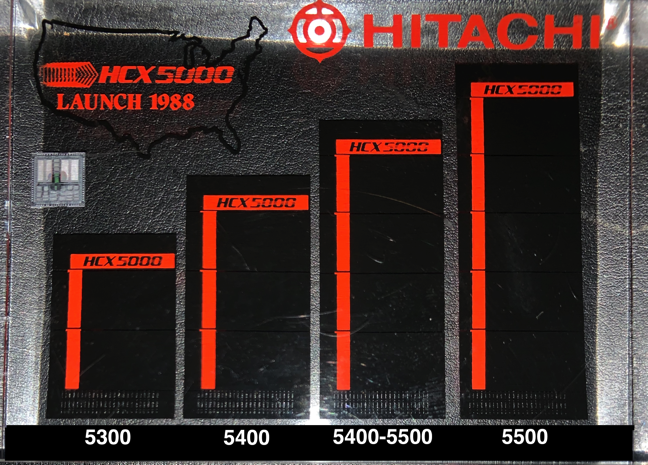 What Model Hitachi Do You Have?

What Hitachi Software Do You Have?

Next, let's identify the 'SO' and software number for your system. This can be found on the floppy disk within your Hitachi.

This software was introduced in 1994 to suffice the "NANP" North American Numbering Plan change, allowing for NNX Area codes. This is the basic version of HCX software which includes:

Introduced in 1996, this software has the same features as the 7.0 series with the following enhancements:

This software was introduced in 1997. Depending on your type of system (7.4D was introduced for the HCX 5100), it is the same as 7.3 series with the following enhancements:

Introduced in 1999, this software is the same as the 7.4 series with the following enhancements:

Introduced after the turn of the century, in 2001, this software is the same as the 8.0 series with the following enhancements:

And lastly, introduced in 2002, this advanced software does just about everything each of its' predecessors did. What Type Of Software Do You Have?

When You Purchase An Annual Service Plan With Devera Technologies, You Will Receive The Following:

Are You Interested In An On Premise And Hosted Ip-pbx Solution?

We at Devera Tech, also sell and service the advanced iACT hosted PBX, which provides a cost-effective solution that fits the space of your current PBX system. As the only Elite iACT Distributor in the world, we hold the reputation of providing the most efficient and cost-effective PBX solution on the market.

Click here to learn more about the iACT and its many benefits. 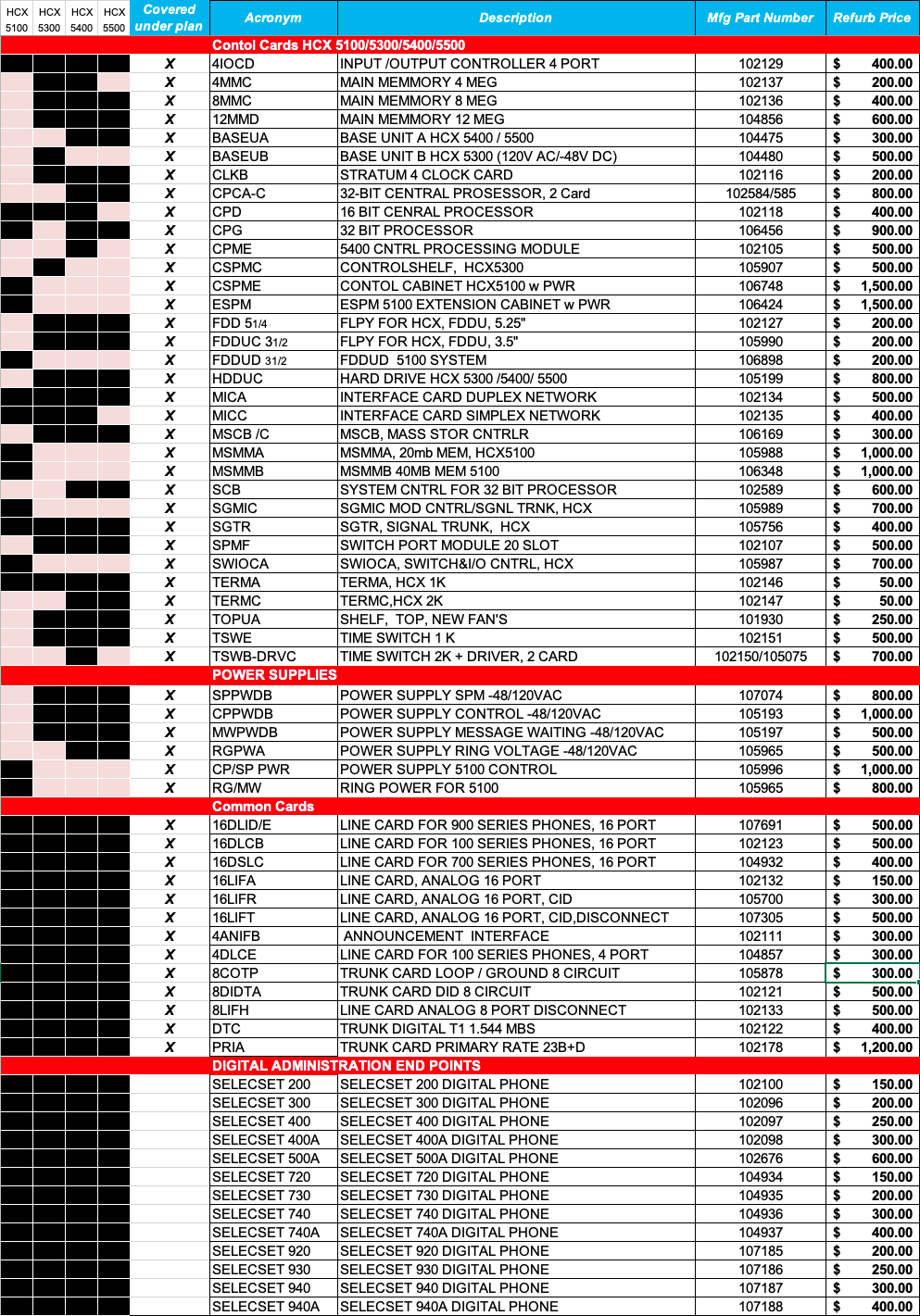